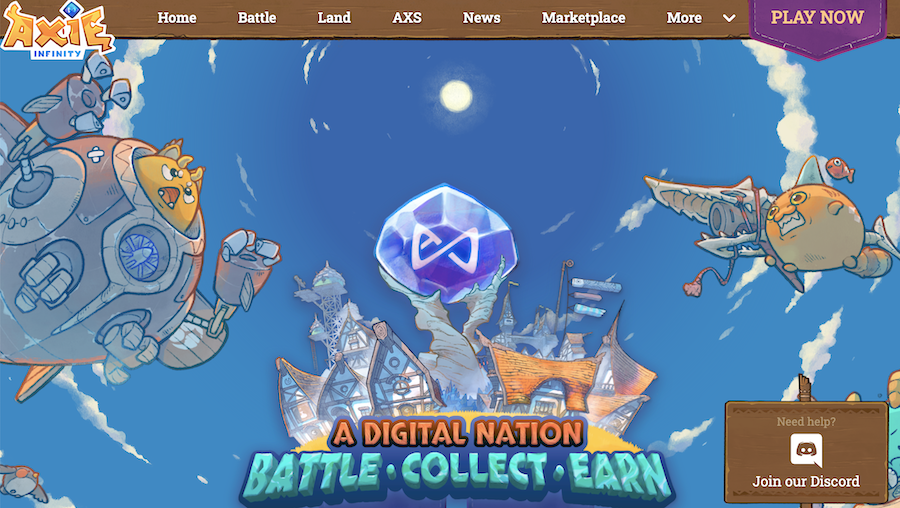 Axie Infinity is a video game with a built-in currency called "AXS". Yesterday, more than $600 million of AXS changed hands worldwide, and the total value of the tokens in circulation is somewhere in the realm of $5 billion. The AXS token is more the game than the video game that surrounds it, but the game's high volume of activity necessitated a move to a "sidechain" for Ethereum transactions (like Polygon). This approach has been common in the last couple years as Ethereum gas fees have soared to levels that make many of the applications of blockchain technology untenable. Unfortunately, in the process of solving one problem they created another.

What Happened To The Axie Infinity Private Blockchain?

Axie Infinity's developers decided that the best way to run their sidechain, called "Ronin", was to make it a private blockchain system with 9 nodes. In contrast, Ethereum's network is typically 5000-10000 nodes. 5000 nodes is decentralized because it's very difficult for someone to take control, or to affect all of the nodes at once. And the transaction security is based on mining, not on "sealing" ("proof of authority"). What does this mean? If five nodes in the Ronin network are compromised then the hacker controls the network and can make any transaction they want, including sending the cryptocurrency stored on the Ronin network to the hacker. That's what happened a week ago on the Ronin network. Media reports claim the loss is about $600 million USD. The Axie Infinity developer describes the loss as "The Ronin bridge has been exploited for 173,600 Ethereum and 25.5M USDC." This is an enormous loss. The hacked ether can be viewed on Etherscan here: https://etherscan.io/address/0x098b716b8aaf21512996dc57eb0615e2383e2f96.

How Did It Happen?

Amazingly, the Ronin network wasn't decentralized. Most losses in the last few years have been either thefts by the team developing the project or smart contract exploits. But this one is different. The Ronin network was hacked because it wasn't like Ethereum or Bitcoin, it was a system in which just nine servers controlled the network. Someone-as-yet-unidentified used a node set up for RPC calls (API access) to obtain access to the key material for one of the nodes. The exact series of events sounds a bit murky, but the key problem is that someone gained access to four servers and then a fifth, and because the Ronin network was set up to require a majority of the signatures of the nodes to do a transaction, the hacker obtained complete control. This was done without exploiting any smart contract vulnerabilities. The developers describe it as "social engineering" but it sounds like a combination of poor security practices, an exploit of a poorly-configured server, and a mistake with prior delegation that wasn't revoked. This is an excellent example of the weakness that exists in private blockchain systems, and is just the latest of a string of attacks on bridges between blockchain networks.

Sky Mavis, the developer of Axie Infinity, announced today that they've raised a $150 million USD investment round that's intended to help cover the losses from the Ronin network hack. This is very unusual. Investors typically don't put money into projects that have been hacked. They almost never put in money so that it can be given to someone else, since the usual idea of investing is to invest in growth, not compensation. Binance led the round, with a famous US tech investing firm, a16z, joining the round.

Axie Infinity's blockchain systems are a combination of Ethereum token (ERC-20), Ronin (Ethereum sidechain), and other features that combine to form an ecosystem. A key piece of that ecosystem was not decentralized and therefore vulnerable to attack. Although the AXS token wasn't vulnerable, by using a sidechain that was vulnerable to attack, the Axie Infinity developers created a situation that inadvertently led to losses. This is a great example of why decentralization matters. Technical choices made for reducing costs may introduce new types of costs. Software systems are about tradeoffs, and security problems abound, whether in the smart contracts, the humans who administer the systems, or on sidechains. These tradeoffs are beyond most people's understanding but have profound implications for the value of their tokens. Stay tuned for more information about the repair process.

Next: Regulatory Ladders: Lessening The Downsides Of... ► Blog Home