February 4th, 2016 Effect of Interveners at the Supreme Court of Canada

The presence of interveners doesn't seem to affect an appellant's chance of success at the Supreme Court of Canada.

I took a look at 844 recent Supreme Court of Canada cases that proceeded to the stage in which there was an appellant (as opposed to applicant). There doesn't seem to be any discernible pattern in the data.

The cases considered, data and Excel files can be found at the end of this blog post. 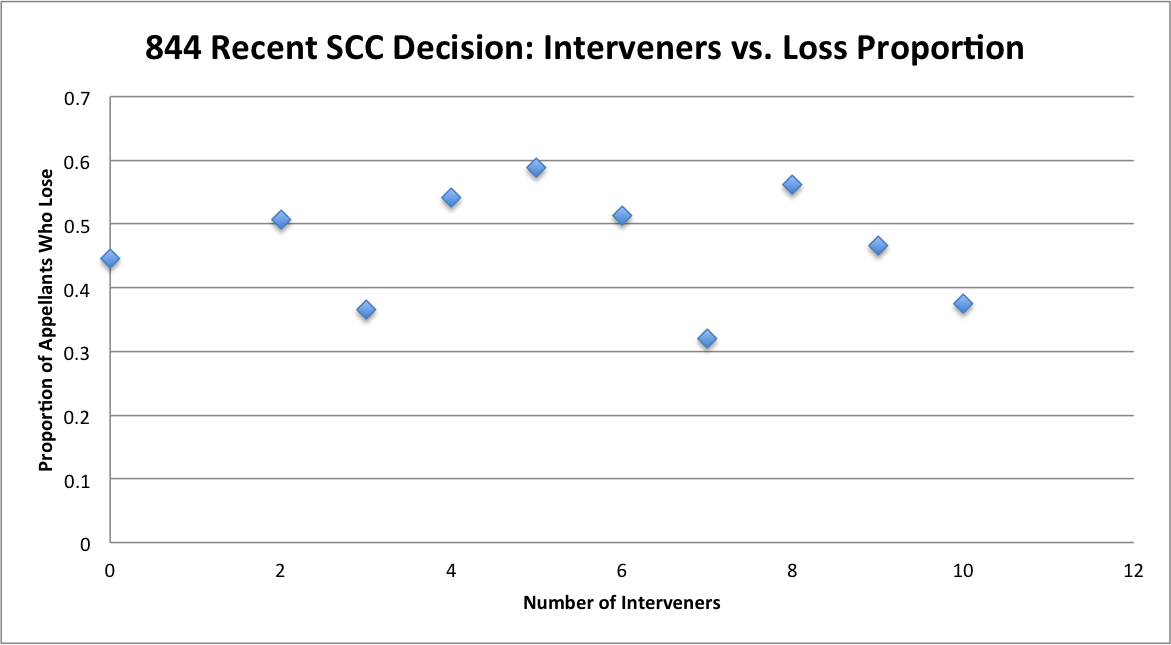 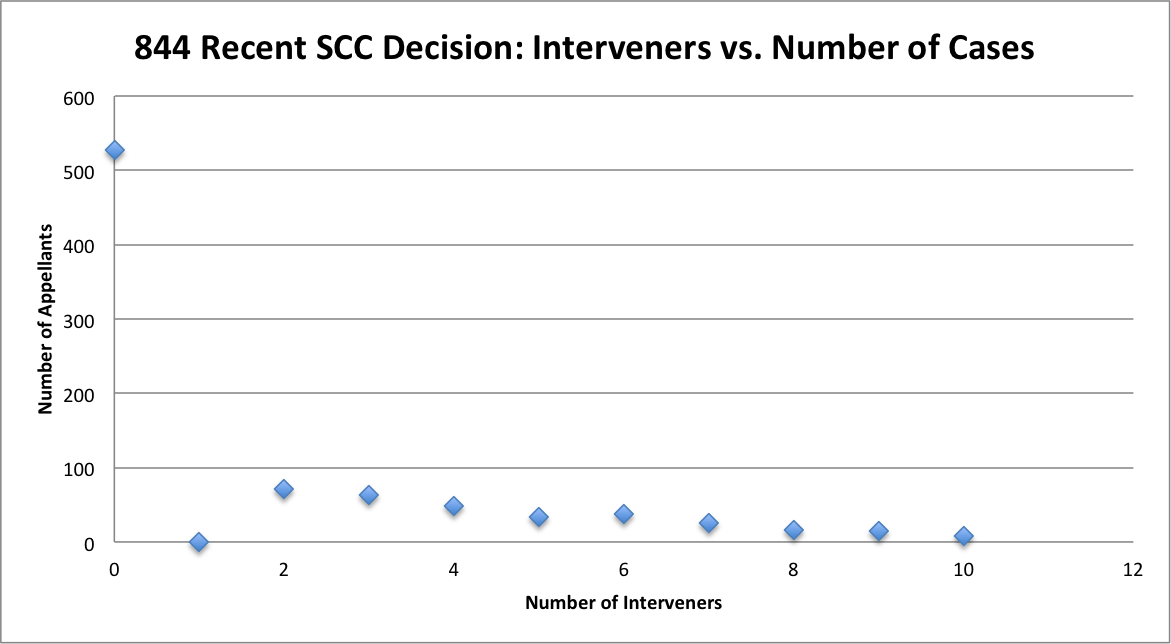 1. There are only around 80 cases that are disposed of by the Supreme Court in a given year so the data above covers a fairly long time frame.

2. The appellant and respondent win percentages don't add up to 100% because there are some cases that aren't identified as an appellant win or loss (usually for some sort of procedural reason). This affects about 15% of the cases but probably doesn't make a difference to the conclusions in this blog post.

You can download the data used to generate the graphs in this blog post and the Excel file that contains them here: