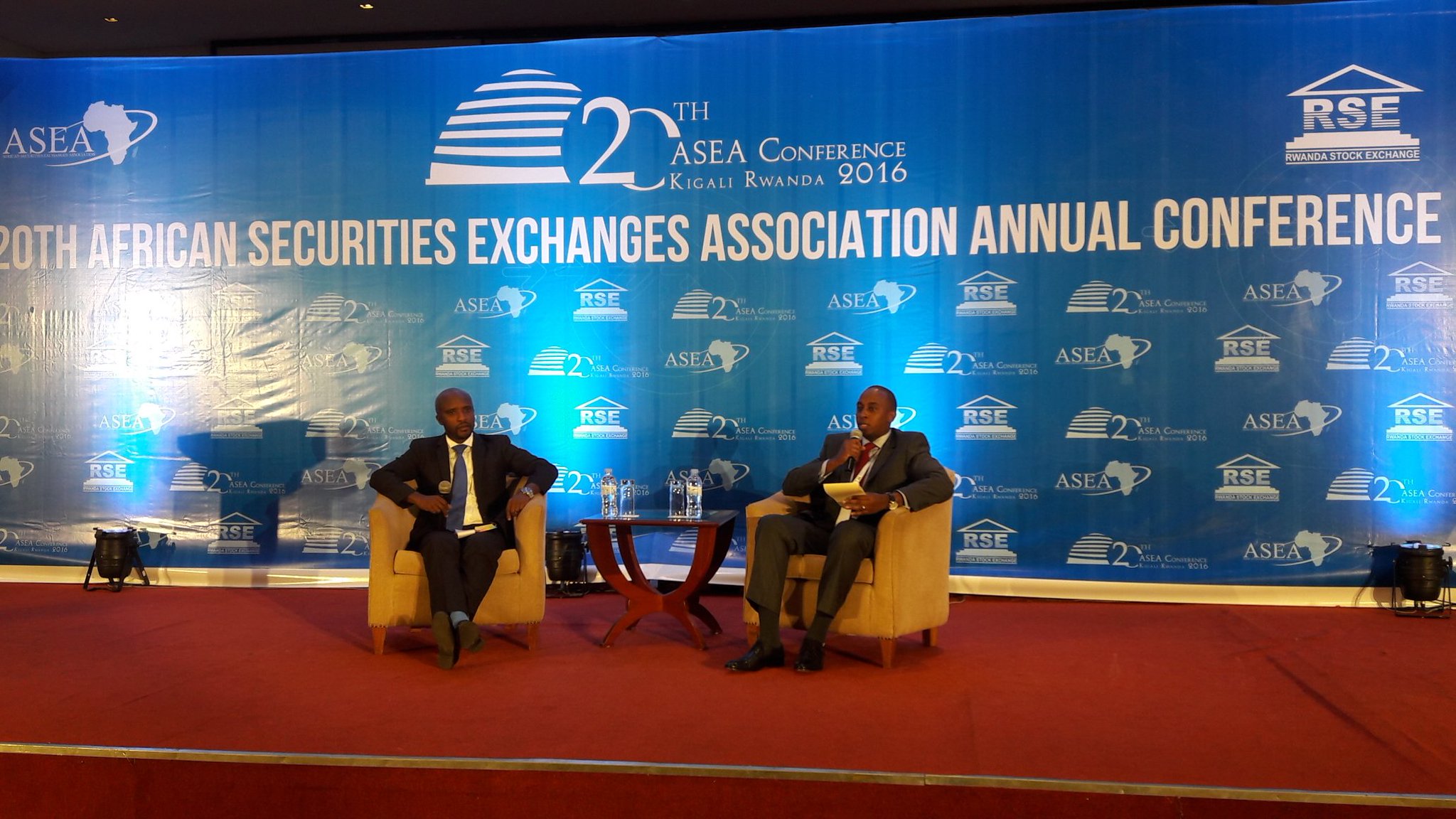 Delaware is the corporate capital of the United States. It has more corporations than residents. Many jurisdictions would like to follow in Delaware's footsteps and become a hub for incorporations (one benefit: ongoing registration fees). And in 2017 there's an opportunity to use technology to leapfrog Delaware and create a global corporate hub. This blog post lays out how Rwanda could create a Delaware-beating infrastructure based on blockchain technology (also called "Distributed Ledger Technology"). Added bonus: Rwanda create a new class of online corporation with publicly traded securities.

How Could Rwanda Take On Delaware?

Delaware launched an initiative in 2016 to review their state laws and start working towards blockchain-based registration systems: https://corpgov.law.harvard.edu/2016/06/24/delaware-share-ownership-and-the-blockchain/. The two areas of legal reform that the initiative is looking into are blockchain-based share ownership and blockchain transaction finality for share transfers. Rwanda has for many years been aggressively modernizing corporate and investment laws in order to facilitate foreign investment. Blockchain-based technology offers an excellent new model that could be adopted along with the necessary legal changes.

Countries have historically focussed on creating corporate structures for companies that operate within their borders. As blockchain technology and IT infrastructure more broadly bring the world's entrepreneurs closer together there is a unique opportunity for a forward-thinking jurisdiction to create a legal-technical framework for online corporations. A more trusted, transparent corporate registry could be created based on the same technology that powers Bitcoin. Corporate voting could be handled on a blockchain. Most importantly, shares could be distributed to the public through the Rwanda Stock Exchange (RSE): http://www.rse.rw/, or a new venture exchange created for blockchain-based companies.

The Rwanda Stock Exchange and Incorporation 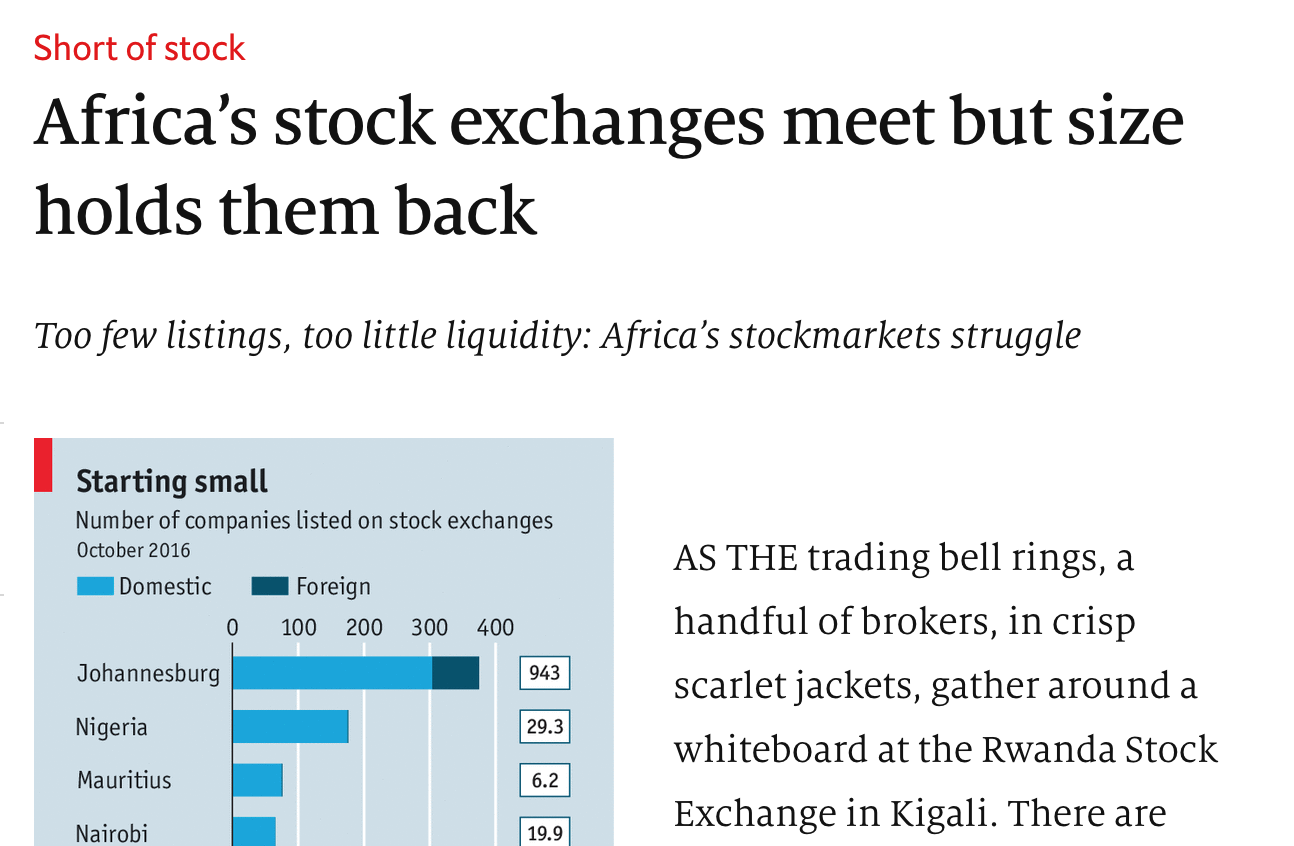 There are seven companies on the the RSE. The RSE is actively looking for new ways to attract listings and has the support of the African Securities Exchanges Association. The Economist recently noted that they're looking to attract family-owned companies. Attracting high-tech startups from around the world is likely to provide even greater benefit than local family-owned companies. Rwanda ranks similarly to Norway on the World Bank's Doing Business rankings.

The Rwandan Stock Exchange could be the listing venue for foreign technology companies (I assume they'd be the early adopters). This would allow them to easily issue shares that could be freely traded, without incurring the hundreds of thousands of dollars in legal expenses that are necessary in Canada and the US. Would this be appropriate for everyone? No. But many companies could benefit from easier access to capital and by fortifying the system with blockchain technology there is the potential to create a more transparent public market without onerous regulations.

Canadian and US financial intermediaries have invested hundreds of millions into considering how blockchain technology could dramatically improve securities transfer. The US Federal Reserve recently wrote a paper outlining the current and future state of blockchain technological change: https://www.cameronhuff.com/blog/federal-reserve-dlt-blockchain/index.html. There is no reason why Rwanda couldn't adopt this technology.

The key steps for starting a company are already handled online in Rwanda, it would surely not be too much of a stretch to extend these systems to use blockchain technology. I provide legal services to clients every day who are located across Canada and the US who take care of all of their corporate functions online. There's no technical reason why they couldn't deal with a Rwandan online system rather than a Canadian one. With appropriate legal changes this could even be a preferred route.

Digital signatures for directors/officers could provide an additional level of security and traceability to corporate decision-making. Any blockchain system would necessarily include this identity management layer that's missing in traditional corporate registries (in which data is stored in a central database that can be edited by clerks).

Foreign vs. Domestic: Creating a Free Zone for Regulatory Experimentation

If the Rwandan government is concerned about upsetting domestic businesses, they could adopt an approach similar to the UAE by creating a "free zone" for the type of corporation outlined in this blog post. Here's an overview of the 45 different UAE free zones: http://gulfnews.com/guides/life/property-2.4546/45-free-zones-in-the-uae-find-the-right-one-for-your-new-business-1.1716197. Many other countries, including Honduras, have created free zones to experiment with alternative regulation.

I discussed this blog post with a securities law partner at a major Canadian law firm and he said it was an interesting concept but is there any demand? I think there's a huge demand for corporations with the following characteristics: 1) a neutral jurisdiction with low fees and online services; and 2) ability to easily take in third-party investment, ideally in a transparent manner. This could be especially applicable to new technology organizations based around smart contracts like The DAO.

Rwanda could easily create a system for arbitrated shareholder disputes where arbitration is handled by foreign arbitrators through an online dispute process. No trip to Kigali involved. Rwanda could also adopt UK, Delaware, or another jurisdiction's corporate laws with respect to blockchain-based companies, in a similar way to

Blockchain registration would help avoid concerns about shares not existing or the number of shares issued. The shares could be even more transparent than those in Canada or the US. And if the market is more transparent, more liquid, cheaper, and easier (due to blockchain-based systems), why wouldn't companies from around the world set up "in" Rwanda? Perhaps this will be a next step for globalization.

The internet brings everyone in the world to within 0.5 seconds of a Kigali data centre, and even faster access to a worldwide distributed blockchain ledger system. In 2017 there's no technical reason why Rwanda can't compete with Delaware for incorporations and with a few changes to the regulatory system could even become a more desirable destination for incorporation.