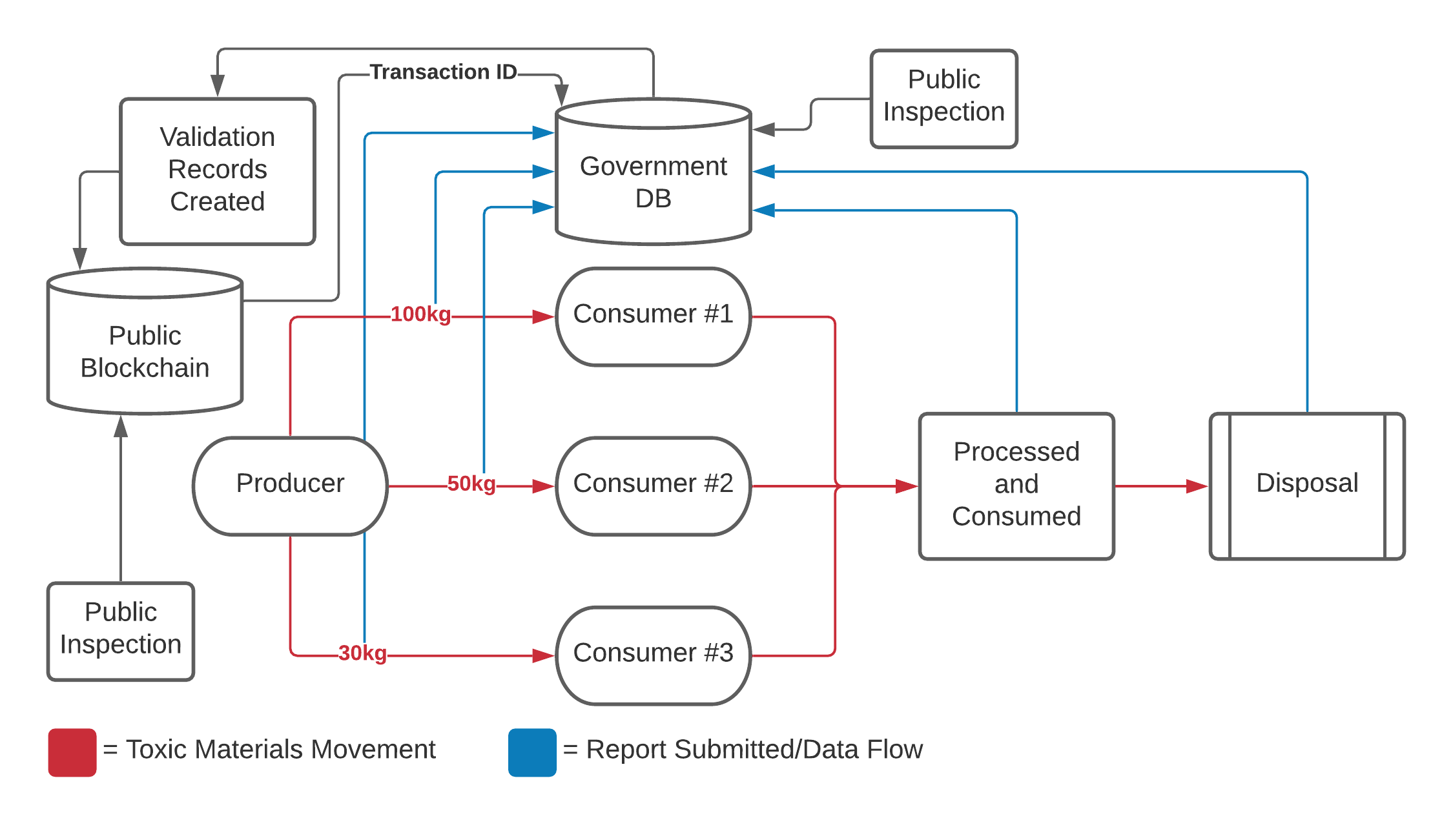 Blockchain-based systems with public open data records are one of the best ways to create a permanent, publicly-verifiable record of data. I've previously written about learning from supply chain/luxury brand work in blockchains, and how that could be applied in the context of tree planting and carbon trading. But these systems could also be used to better track pollution. Specifically, this approach could be used to upgrade the Canadian NPRI system.

The National Pollutant Release Inventory ("NPRI") is a public data service to show releasing of toxic materials into the environment. It also tracks disposal of toxic waste to some degree. These records show which industrial facilities have emitted pollution. But the records are several years out-of-date (because of the reporting process) and doesn't appear complete. Blockchains won't solve that problem, but they could be used to upgrade this system.

Toxic materials could be tracked as they're produced, shipped, consumed, and disposed of. At each stage in the lifecycle the producers could be required to submit a record that can then be "pinned" to a date in time using a public blockchain. The pinned record on-chain would then be related to the digital records submitted to the government and ultimately revealed to the public. By having records about several intermediaries, bulk toxic materials could be tracked to some degree according to where they end up. This could allow better tracing, and also permit the public to investigate whether all materials seem accounted for.

It's possible that a system like this could be a first step toward bringing a system similar to how money laundering is regulated to the environmental sphere. A central agency might collect the reports in order to provide intelligence alerts for law enforcement and regulatory officials. The data might also be used for creating compliance certificates to enable companies to demonstrate to investors that they are properly following Canadian environmental law. It would also ease the burden of acquisitions or mergers, which might improve the competitiveness of Canadian industry.

Mixing public and private records (and open access), a hybrid system like this could create better accountability for toxic materials, at little additional cost. It also provides the groundwork for future initiatives like an independent agency or the conversion of environmental compliance to digital processes.

Next: Luxury Brands Have Embraced Blockchain, Can It... ► Blog Home