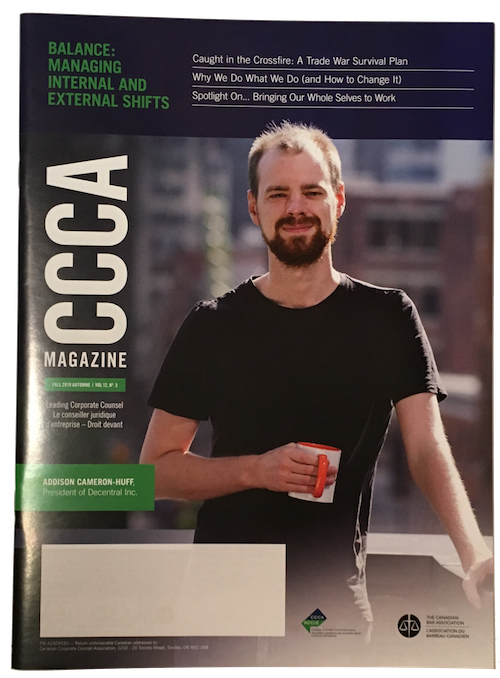 A lawyer who has been counsel to Ethereum cofounders, a Bitcoin code contributor, exchanges in three countries, and dozens of cryptocurrency companies. A lawyer who's drafted token sale agreements, consulted for a Big 5 bank's capital markets group, founded several Internet startups, and started his career at Canada's largest law firm.

A lawyer who's run a 30-person cryptocurrency wallet company, coded a law search engine used by the US Department of Justice, and won Yahoo's international student programming competition while in law school. A lawyer who taught a pioneering cryptocurrency law course at University of Toronto law school.

Addison Cameron-Huff, co-founder of Toronto Blockchain Week and a leading digital asset lawyer since 2014. That's who you want on your team as you build the next generation of blockchain products. Schedule a consultation today.

Mr. Cameron-Huff is a co-founder of Toronto Blockchain Week and is always keen to support his hometown but he also works regularly with Americans and Canadian blockchain companies in other provinces. Get in touch if you need help with your blockchain legal strategy.

“Addison is a smart, ethical, well-respected, cutting-edge technology lawyer who's professionalism and expertise have served me well for over 5 years. I couldn't be happier being a client of this law practice.” 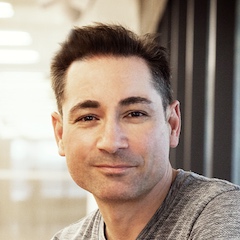 What started in 2013 as a centralized location for decentralized technology, Decentral grew into the first home of Ethereum, the owner of Canada's 2nd BTM, and is widely known for its role in helping to advance Canada's blockchain community. Today, Decentral makes Jaxx Liberty, a wallet that's been used by millions of people worldwide. Decentral's CEO, Maggie Xu, was recently profiled by Betakit.

Mr. Cameron-Huff is proud to have worked for Decentral since 2014, when he incorporated the company, and has helped to ensure that the company is steered through a constantly changing business & legal environment.

“Addison has played an integral role in helping Unocoin explore and assess the feasibility of launching our trading platform in Canada. He's professional, straightforward, conservative and very knowledgeable about crypto.”

Sunny Ray
Former President, Unocoin
“Addison was absolutely instrumental in helping Presearch plan and execute our successful token sale and cryptocurrency project. His insightful advice and clean, simple contracts served as the basis for our go-to-market strategy and proved to work very well.”

Colin Pape
Founder of Presearch
“Addison is an absolute pleasure to work with and his attention to detail is fantastic. He was instrumental in helping us close our acquisition on time and making the process extremely smooth.”

Satraj Bambra
Co-Founder of B House (Acquired by TWG) & BlockEQ